This list was originally was supposed to be for the whole state of New York but there are to many things in just NYC! Even this list was hard to make so we definitely left some places off this list. Make sure you let us know what we missed or what you think should be on this list! Hope you enjoy! The Empire State Building is one of New York's most famous landmark buildings and key tourist attractions. The 381-meter-tall, 102-story building was the tallest in the world until the 1 World Trade Center tower rose higher, 41 years later. Topped with a mooring mast for airships, the Empire State Building immediately became a landmark and a symbol for NYC when it opened in 1931. There are actually two observatories atop the Empire State Building, but both offer astounding views. On clear days, you can see up to 80 miles, looking into the neighboring states of New Jersey, Pennsylvania, Connecticut, and Massachusetts. The Views are incredible from this place. 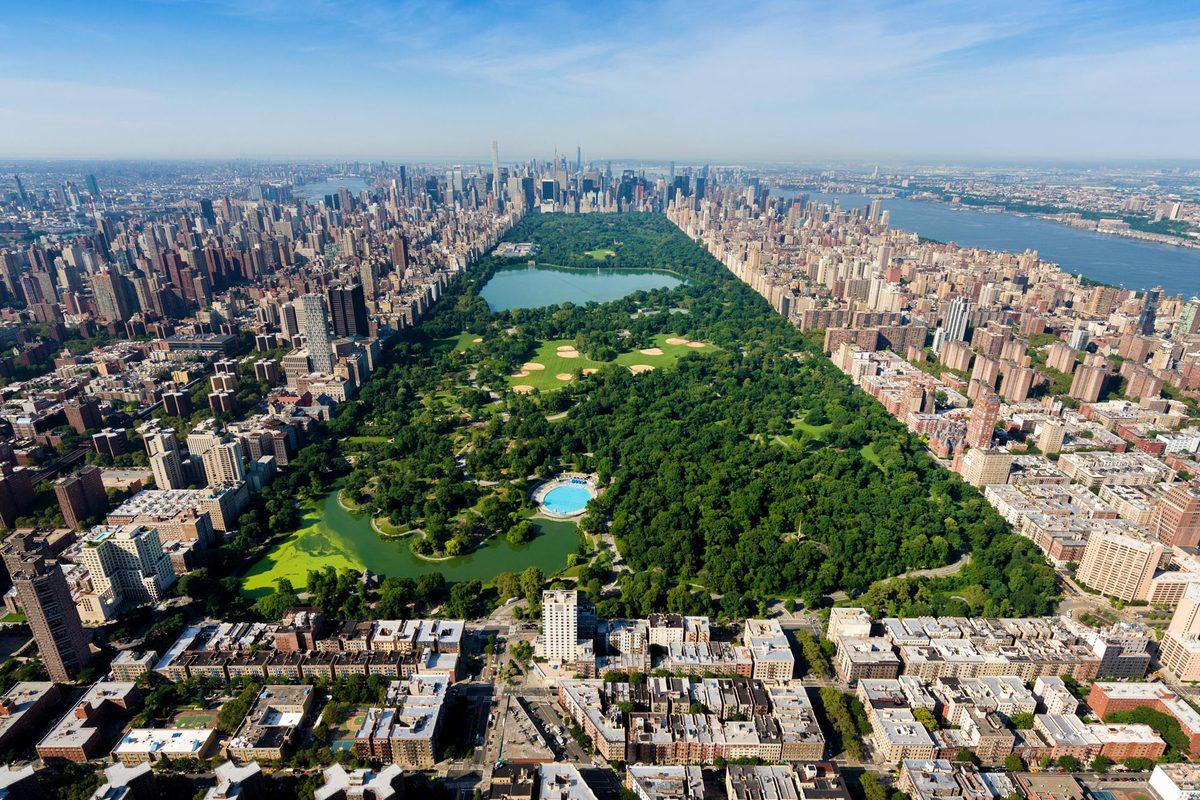 A walk, peddle, or carriage ride through the crisscrossing pathways of Central Park is a must-do on anyone's New York City itinerary. In winter, you can even lace up your skates and glide across Wollman Rink. This huge park in the city center, a half-mile wide and 2.5 miles long, is one of the things that makes New York such a beautiful and livable city. Besides being a great place to experience a little nature, Central Park has many attractions within its borders, and most of them are free, making it one of the few cheap things to do in NYC. Some of the most popular places to visit include the Belvedere Castle, Strawberry Fields, the Central Park Zoo, and the Lake. If you are exploring the park on your own, start by picking up a map at one of the visitor centers and plot your routing. The Statue of Liberty was France's gift to America. Built in 1886, it remains a famous world symbol of freedom and one of the greatest American icons. It is one of the world's largest statues, standing just under 152 feet tall from the base to the torch, and weighing approximately 450,000 pounds. You can see the statue from land, with particularly good views from Battery Park, on the southern tip of Manhattan. However, to truly appreciate the Statue of Liberty, the best thing to do is to take a short boat trip to Liberty Island and see it up close. You can walk around the base, enter the pedestal, or, with advance reservations, go right up to the crown. On a tour to the Statue of Liberty, you have the option to stop at Ellis Island and explore the Immigration Museum. This fantastic museum is located in the historic immigration station complex, where thousands of immigrants were processed before entering the United States. Displays focus on the process, the experiences, and the stories of the people who came through here on their journey to the United States. You can even search the on-site computer database to see a record of immigrants who came through here.

When it comes to New York attractions, Rockefeller Center is on almost all tourist's itineraries. This vast entertainment and shopping complex in the middle of Manhattan is home to NBC-TV and other media, but the centerpiece is the 70-story 30 Rockefeller Plaza, an Art Deco skyscraper that offers awesome views over Manhattan from the famous Top of the Rock Observation Deck. Skating on the outdoor skating rink at the base of the tower is one of the most popular things to do in winter in New York City and a fun activity for families and couples. The rink is typically open from October to April. After Thanksgiving, a huge Christmas tree is erected in front of the skating rink, lighting up the complex for the holiday season. Many people visit New York in December just to see this site. 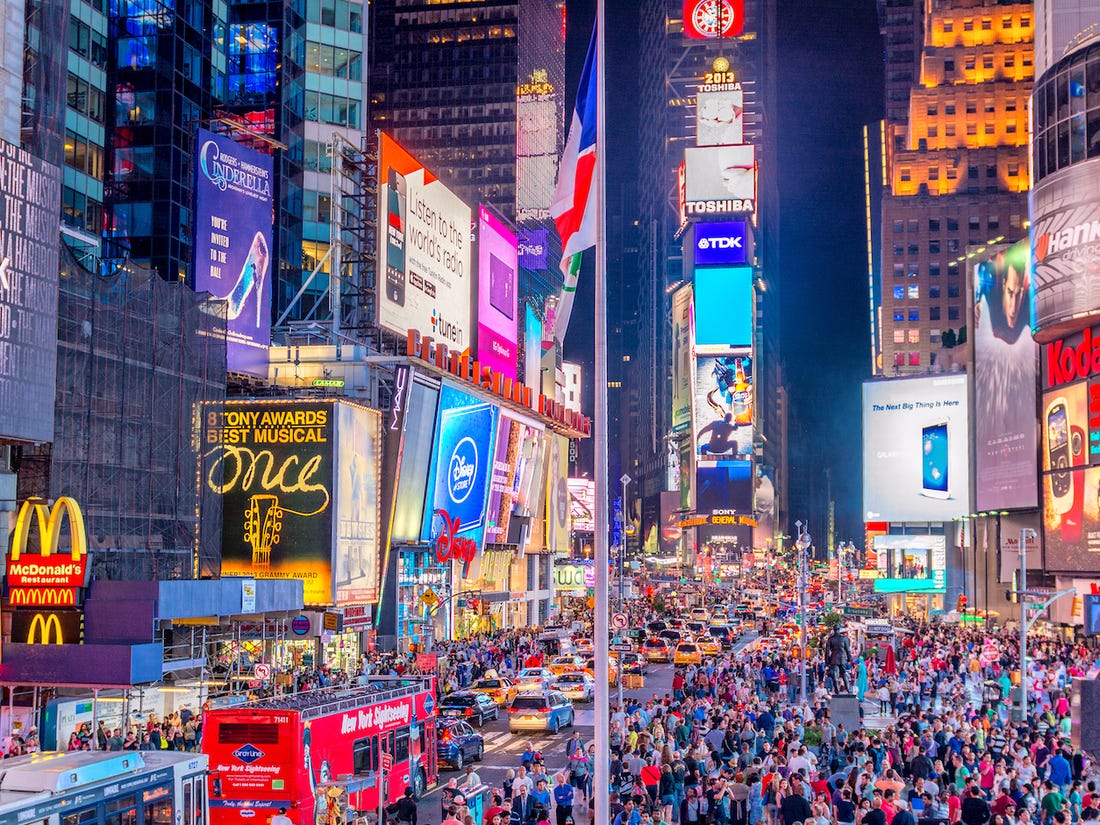 Lined with huge, brilliantly lit billboards and screens, Times Square is the place to go in New York in the evening, but still exciting at any time of day. This is the location of New York's New Year's Eve Celebrations and the famous "ball drop" at midnight, when the square and surrounding streets are filled with people. Times Square is busy and perpetually crowded but has its own unique appeal. Bleachers set up at one end are a great place to take a break and appreciate the scene. Formerly Longacre Square, Times Square was named in 1904 after the New York Times tower. The newspaper first posted current headlines along its moving sign, the first of its kind in the world, in 1928.

Hope you enjoyed our article! Do you think we missed anything? What are your rankings? Let us know in the comments or message through our facebook page. Also while you're here check out our clothing! Remember to like and share. Thanks!!

Some of the statements are from https://www.planetware.com/